Recently, Move & Earn type game has been gaining momentum in the BCG (Blockchain Game) community. Various games have appeared, but this time I will explain about “sweatcoin“.

As a representative Move & Earn type game, a game called “STEPN,” in which players walk and run to earn tokens, is gaining momentum. This game is played after purchasing special shoes, but the price of shoes used in the game has skyrocketed, and the situation where you cannot create an account without obtaining an invitation code makes it a bit of a barrier to entry for new users.

I would like to describe “STEPN” again at another time, as I am also playing as a “STEPNer”.

In many BCG (Blockchain game), you will first need funds to purchase items to be used in the game. Therefore, it is important to proceed with the game while deciding in advance the specific flow up to the collection of the original funds in your mind. In addition, you must learn the rules and contents of the game before proceeding, otherwise you will not be able to achieve efficient recovery of the source funds.

On the other hand, “sweatcoin” requires no initial investment to start the game at this time. Also, the game is very simple, as all you have to do is earn steps by walking or running.

Steps earned by walking or running are converted into SWC tokens. In addition to this, SWC tokens can also be earned by viewing advertising videos, and can be set to double boost for a limited period of 20 minutes once a day to increase the efficiency of earning SWC tokens. The current conversion rate is 1 SWC per 1,000 steps, and you can use your accumulated SWC tokens to exchange them for products in the app’s marketplace or donate them to various projects.

As explained earlier, the current conversion rate for these SWC tokens is ‘1 SWC per 1,000 steps’, but it has been announced on the official blog that the amount of SWC that can be earned will gradually decrease over the next 10 years.

In addition, you can double the number of SWC tokens by registering as a premium member. Currently, the price of this premium membership registration is discounted, so it is a good deal.

I am also registered as a premium member, and it is very effective in motivating me on a daily basis as it increases the efficiency of earning SWC tokens. Probably, this is a limited time offer to attract initial users, so I recommend that you register for premium membership at the same time when you start playing the game.

Looking forward to the future of SWC tokens

At this time, there is no price attached to the SWC tokens that can be earned in this game. This is because they are not listed on any exchange.

However, according to information from the official Twitter account, a token generation event will be held on 12 September 2022. In this event, you will get ‘1 SWC = 1 SWEAT’ and furthermore, the SWEAT is in the form of a distribution, so SWC can continue to be held as it is.
※ The token generation event took place on 14 September 2022 at 3am (CET).

Incidentally, at the moment (13 Sept 2022), it has been announced that the company will be listed on the following five exchanges.

For receiving this ‘SWEAT’, you will also need the ‘Sweat Wallet’, so it is convenient to visit the official page and download the app.

Also, please note that the corresponding chain is the “NEAR chain” when transferring “SWEAT”.

Incidentally, the screenshot above is a daily chart of GMT tokens used in the game “STEPN” introduced at the beginning of this article, and the price has increased by about 40 times in less than a month since it was listed on Binance. Depending on the game’s design, the price has been increase as the use case for GMT is gradually becoming clearer and clearer.

In addition, the price of the STEP tokens, which is purchased and deposited in the wallet when starting a game called “STEP,” has risen to about 8 times its highest base price since I started in early April 2022. Based on the price increase of these tokens, I can assume that I can expect a price increase when SWC tokens are listed on some exchanges in the future.

Summary of this issue

This is why I have explained “sweatcoin” in this issue. I recommend that you incorporate this type of game into your daily life not only for the motivation of simply earning tokens, but most importantly because you will gain the wealth of health by naturally developing an exercise habit. If you are interested in starting a Move & Earn type game, this is a good opportunity to get started.

The growth potential of “sweatcoin” as a game is accelerating, with token generation events taking place in the future, and opening an account on an exchange in advance is convenient for smooth deposits and withdrawals to your own wallet in the future.

A good exchange to recommend for trading crypto assets is “BYBIT“.
There are multiple reasons for this, but it is largely due to the following three points.

1.No transaction fees on all cash currencies. ※ Starting from Sep 6 2022, 10 AM UTC.
2.No fees for sending to other exchanges.
3.Top class server strength and high security.

As mentioned above, no transaction fees for buying, selling, sending and withdrawing money, the higher the volume of transactions, the more attractive the lower commissions become. In addition, the operability of the application is outstanding, so the point is that it can be easily operated even by beginners in particular.

It depends on what you value in terms of service, but if you want to keep fees and other costs as low as possible, “BYBIT” is an exchange that offers high performance services compared to others.

That’s all for this issue.
Thank you for reading this far.

This article explains the game strategy of "Aglet" in a way that is easy to understand for beginners. In this article, you will read about how to play the game, how to read the various parameters of the sneaker, as well as expanding the viewpoint to the roadmap.
2022.08.24 2022.09.05

How to get started with 'Aglet' is explained in an easy to understand way for beginners. In this article, an overview of the game, the in-game currency Aglet and other information is explained.
2022.08.07 2022.09.05
【歩いて稼いでみよう】sweatcoin『スウェットコイン』始め方ガイド
【初心者にもオススメ】NFTアートの未来はこうなる

Blogger and NFT investor.
I hold three national certifications.Fascinated by the world of CRYPTO (Crypto Assets), I've been studying hard. I've already passed the Crypto Literacy Exam [CLE] ver 0.4 beta "by Ninja DAO" Silver (intermediate level), but still have a lot of studying to do. 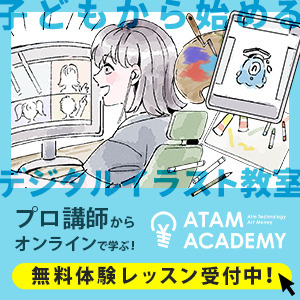